Dimitrios Zafiroudis is passionate about hair. Starting his career in 2002 in Tuebingen, he gained the German Hairdressing Award in the category “Newcomer of the Year” only three years later, with several more nominations to follow. Over time contributing to fashion shows became a bigger part in his occupation. That’s how he ended up with collaborations for Eugene Souleiman , Luigi Murenu , Gary Gill and Martin Cullen during the Fashion Weeks in New York, Paris, Milan and London. In 2019 he finally opened his own salon in Tuebingen.⁣ ⁣

Designing his website, we aimed for creating a simplistic yet exceptional online experience to showcase Dimi's services and achievements – with a strong focus on the imposing imagery of his hair dressing art. 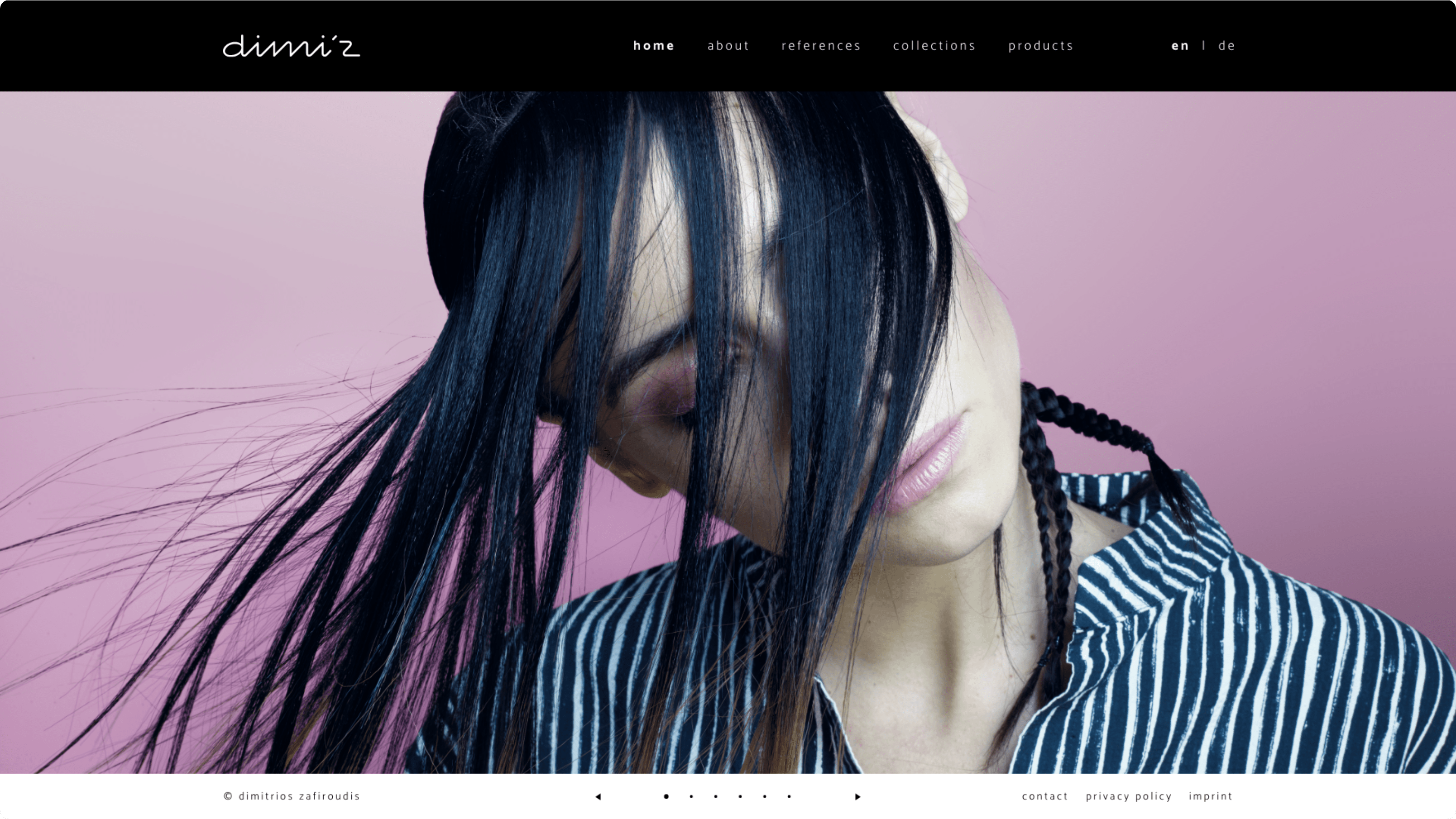 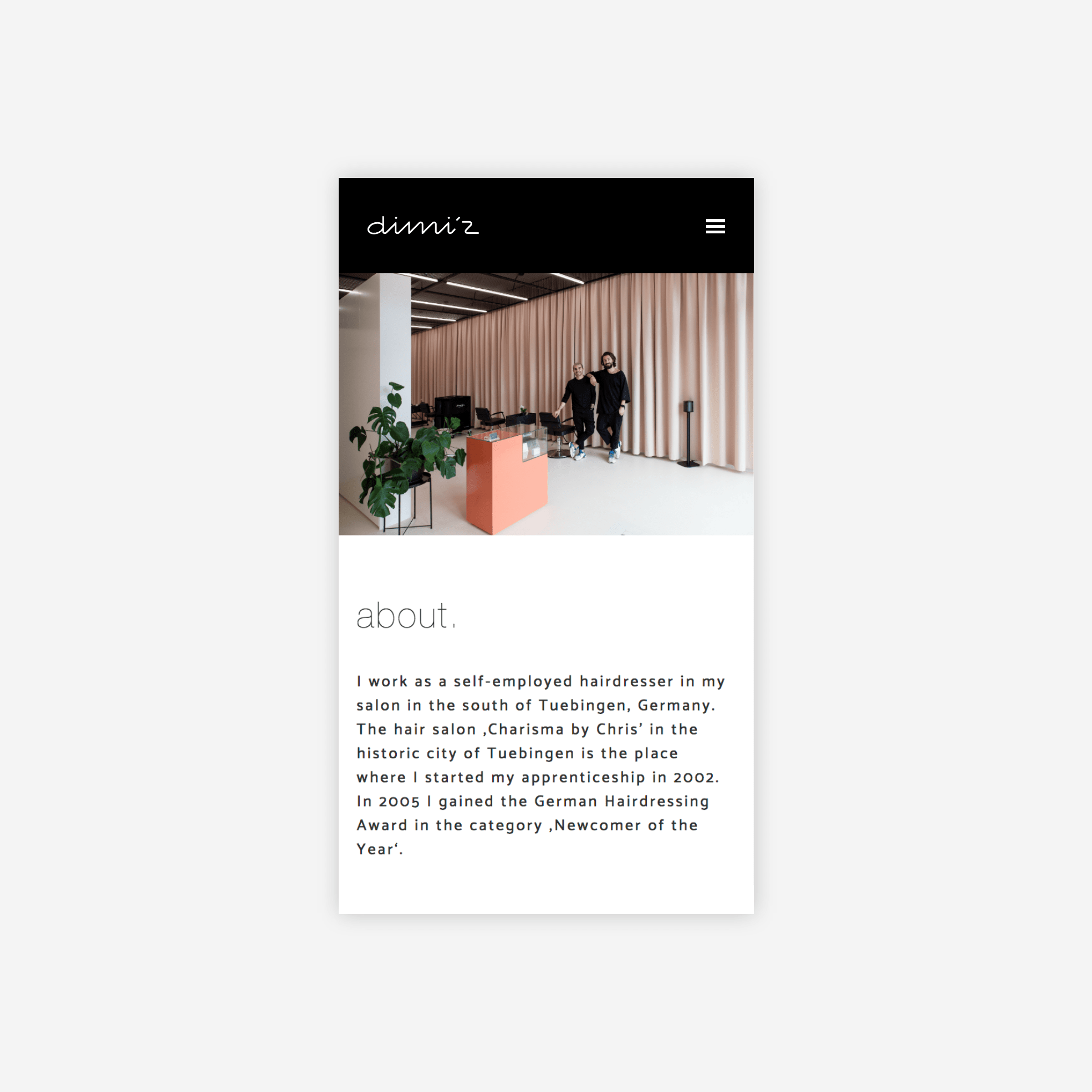 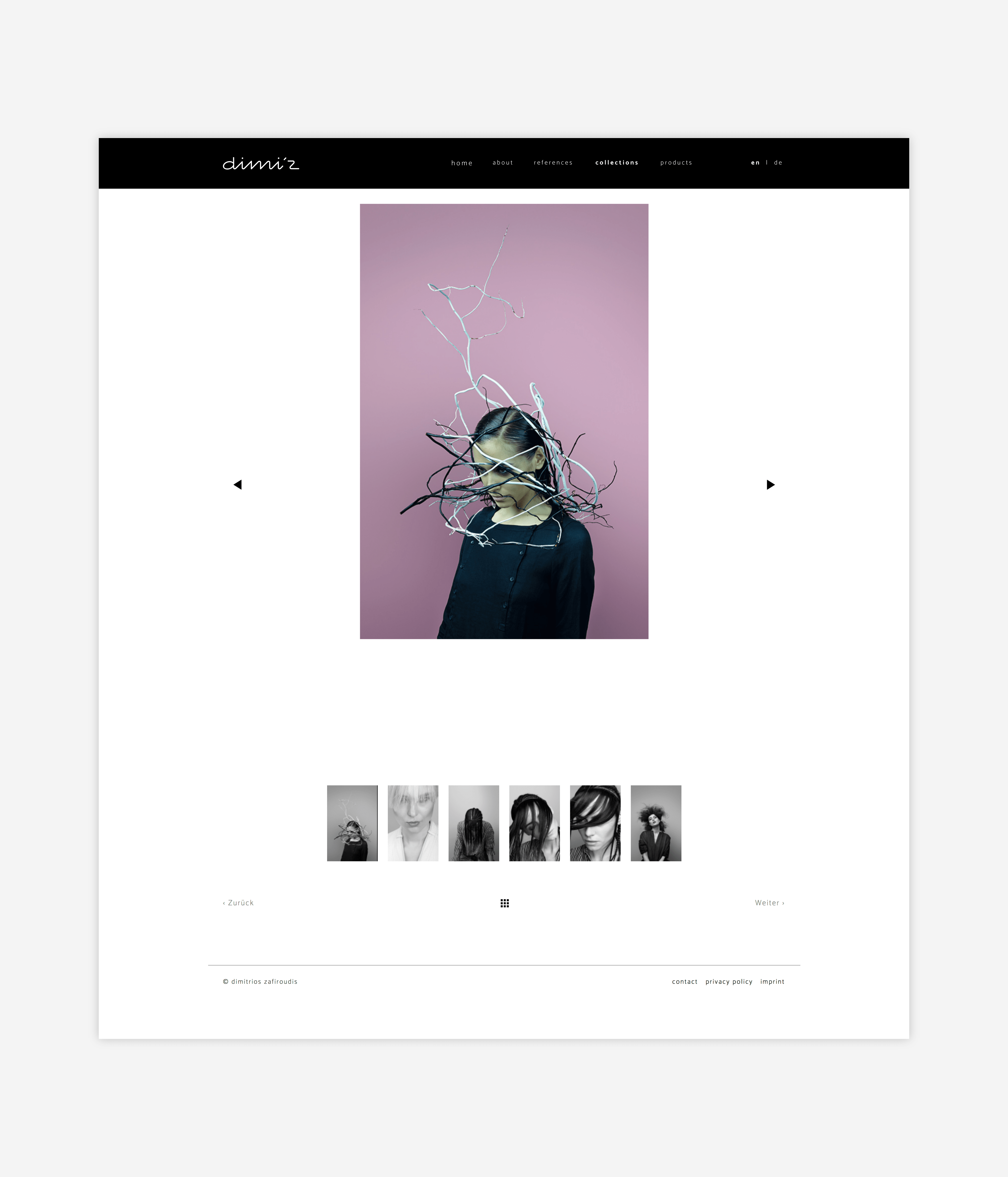 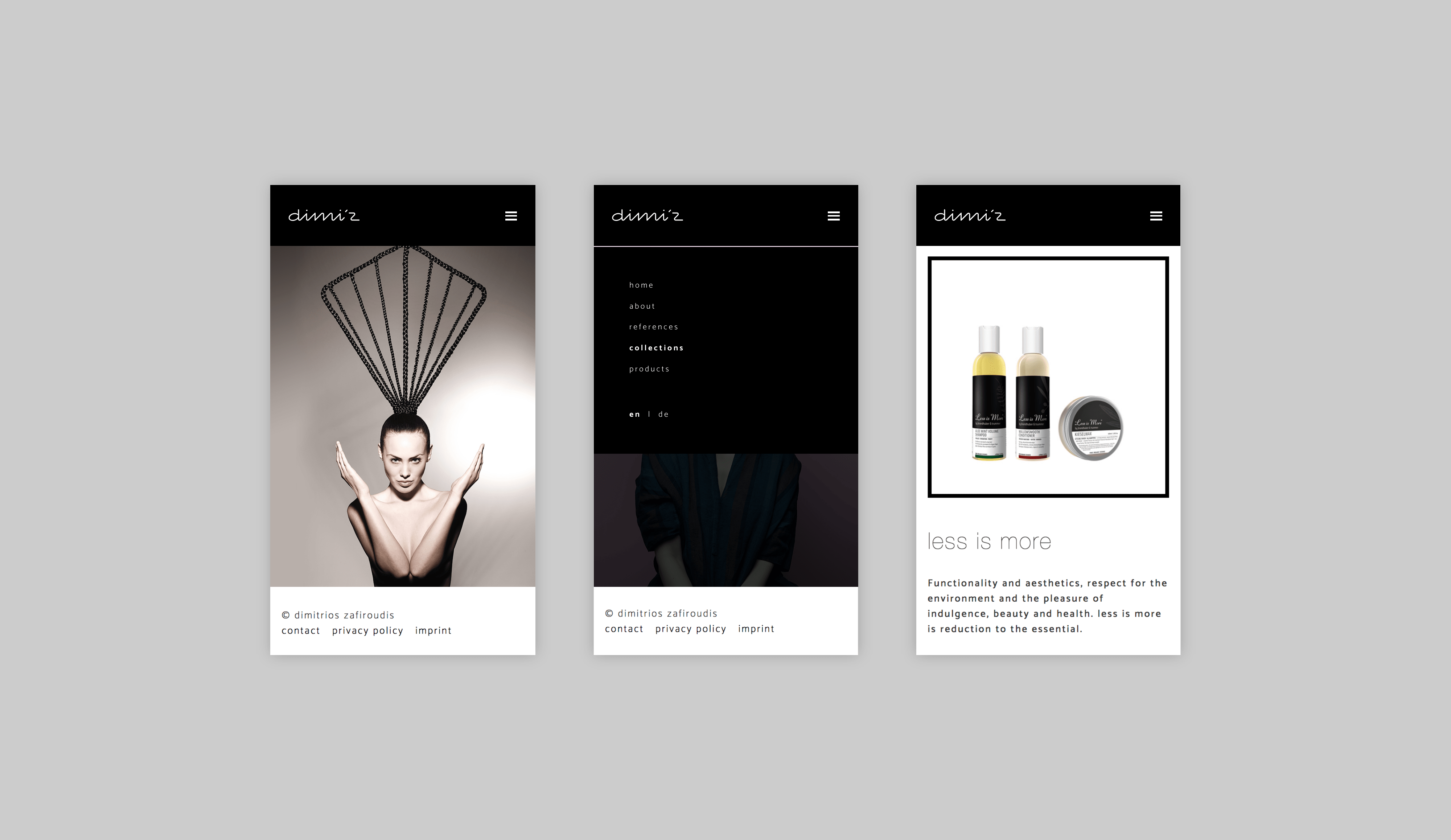 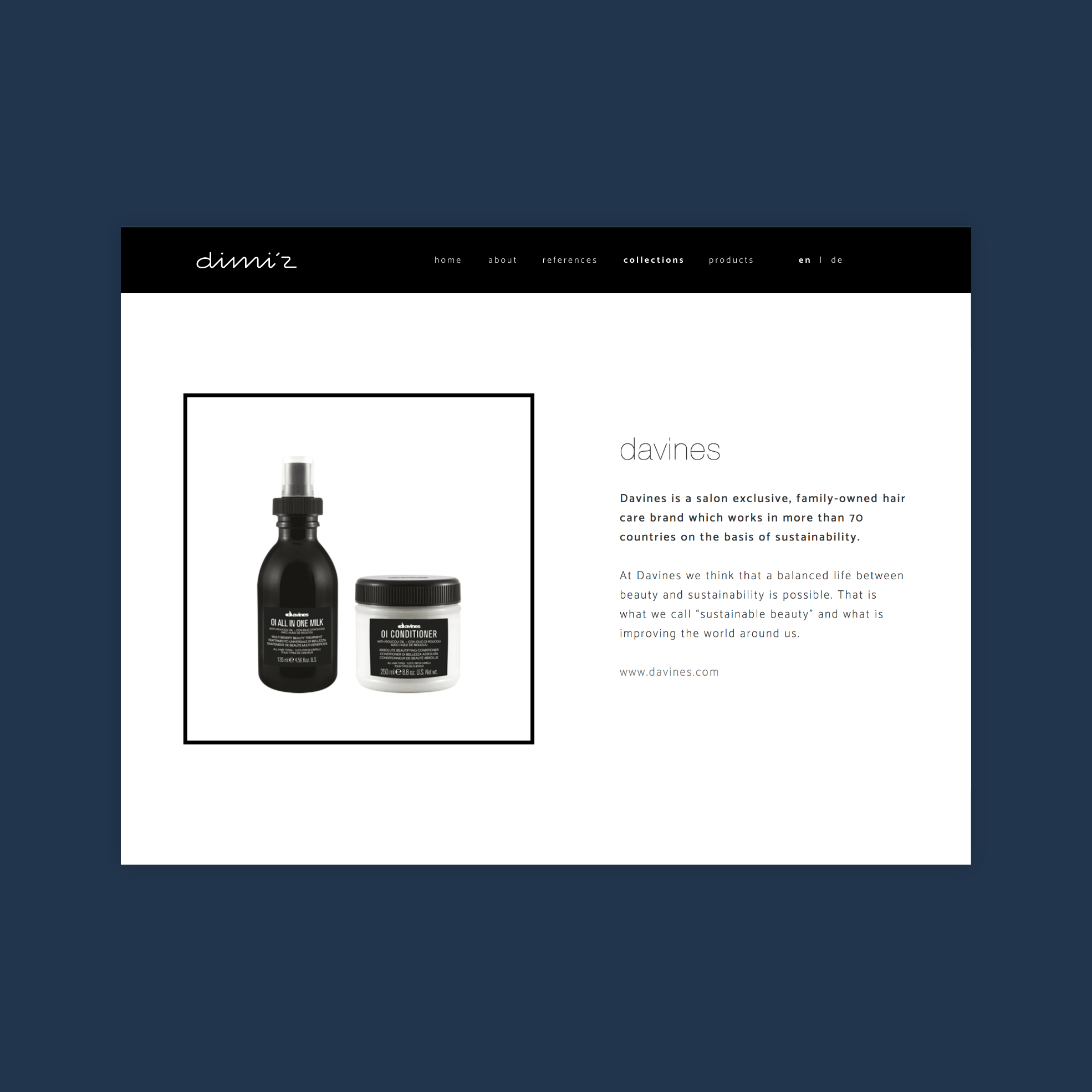 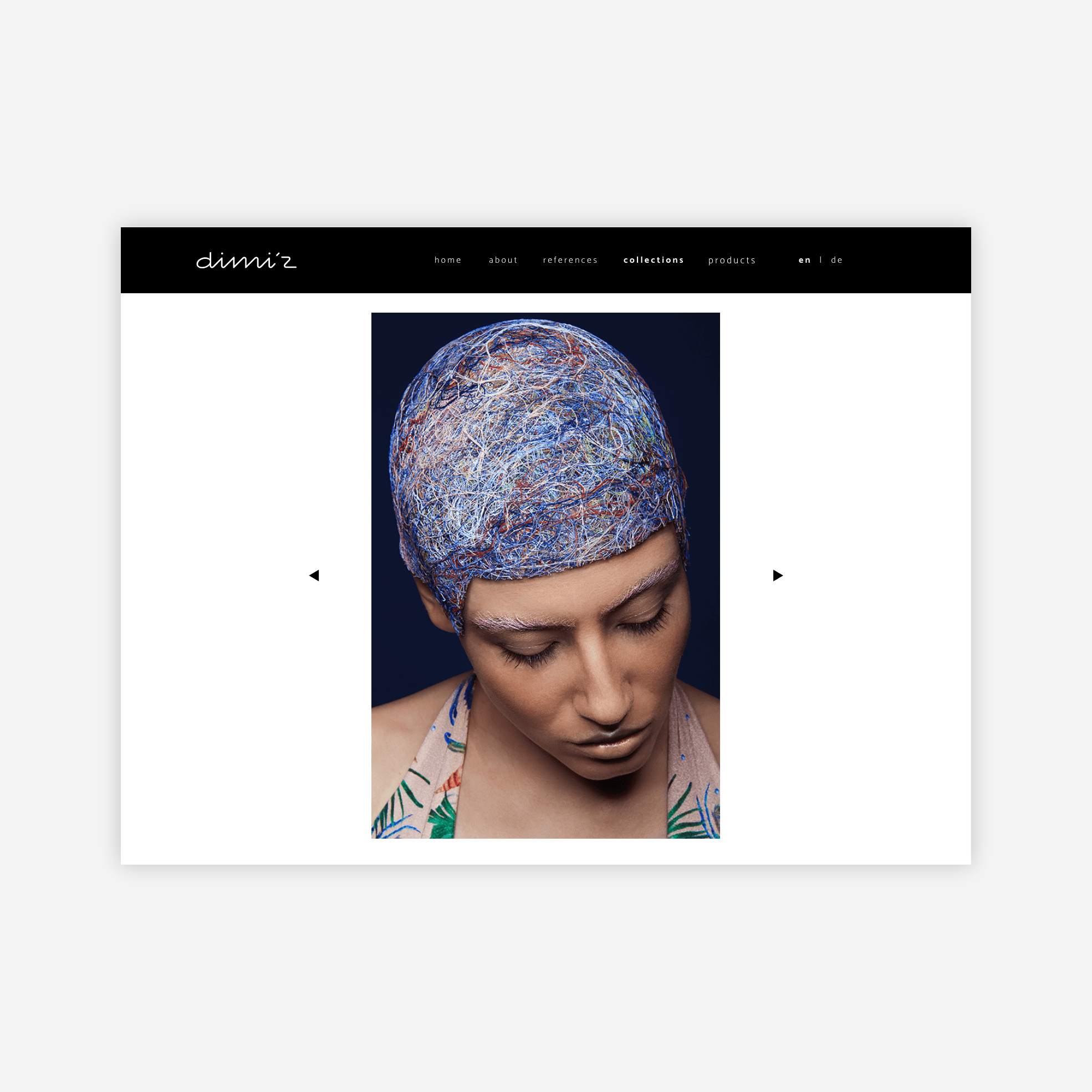 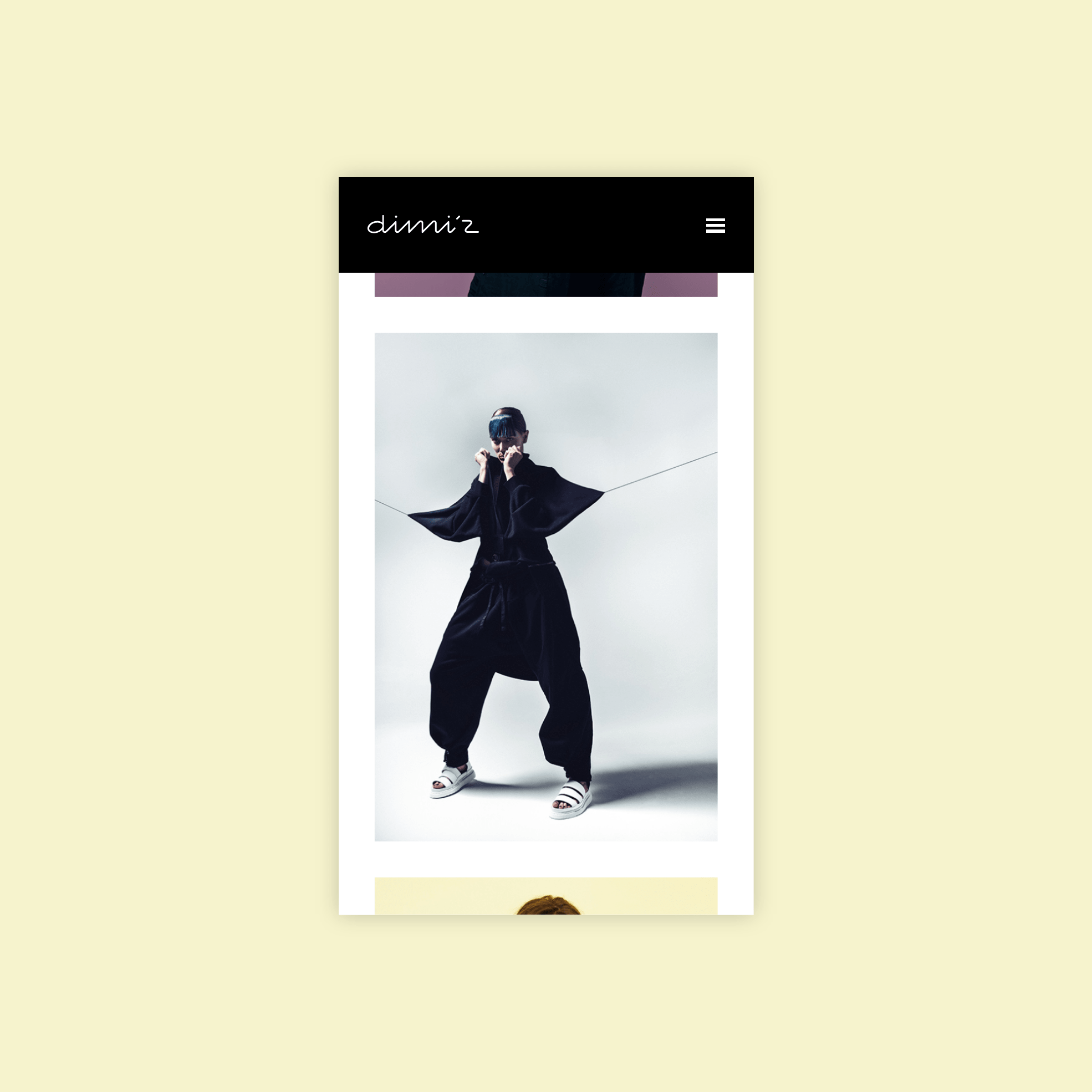 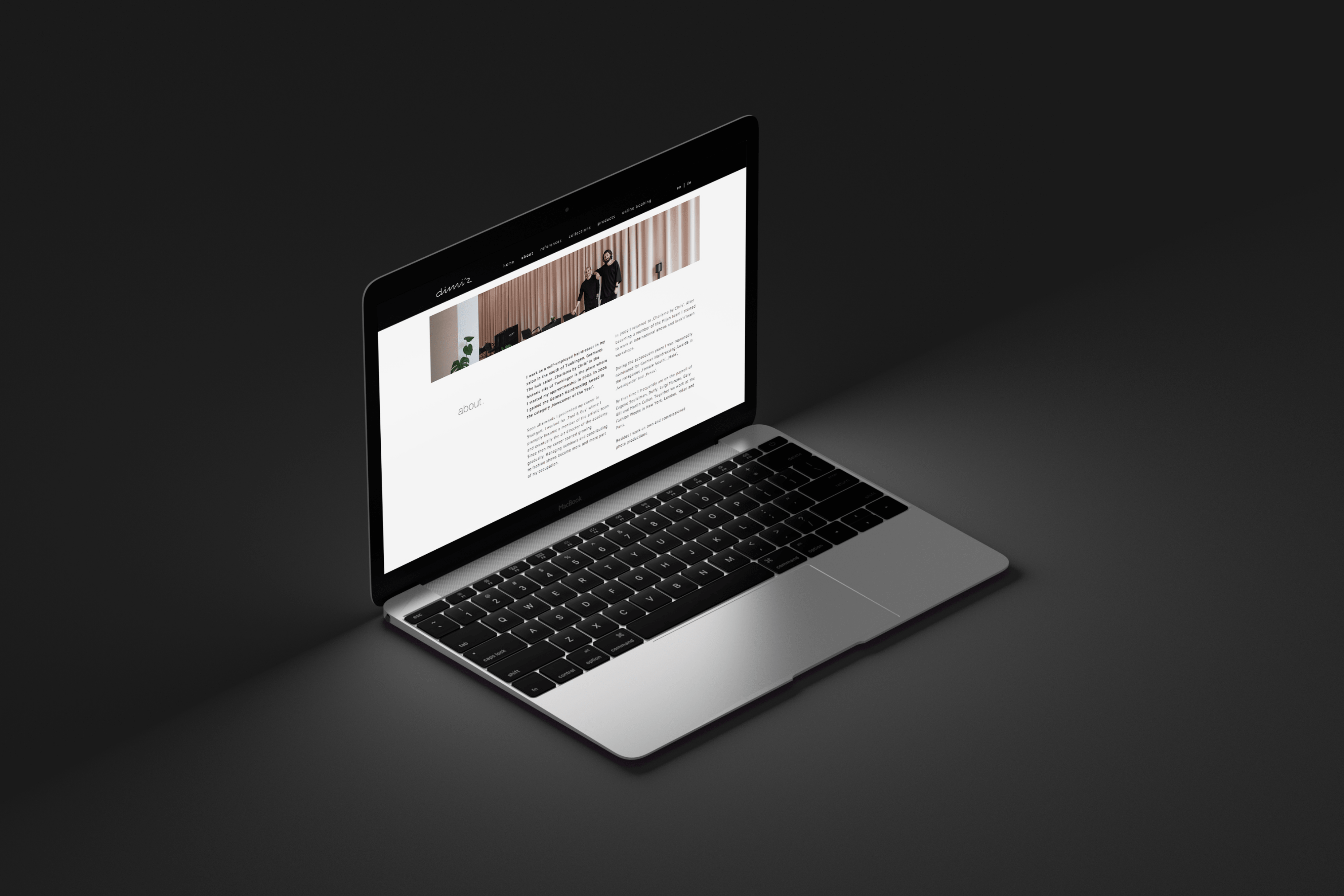 Four years ago I trusted Sebastian to design my website. The result was mindblowing. His level of professionalism is outstanding and the feedback you get is always accurate.